I didn’t plan on having a guest post today- heck, I didn’t even plan on POSTING today.

But then I read this post on my friend Kelly’s blog (yes, the same Kelly who did a guest post for me two days ago!). Though I don’t have children of my own, I can imagine that those of you with kids will definitely be interested in reading about Kelly’s struggles with raising her young son, and finding out the key to solving his behavioral issues.

I’ve listened to Kelly tell me details about the positive changes that have occurred with Max’s behavior over the last six months- and it definitely hasn’t been easy, and has taken a lot of faith and dedication. Here is Kelly’s story about how changing her son’s diet changed his behavior, and ultimately the lives of her family.

I’m compelled to write about something non-writing related; today I’m going to talk about food. More specifically, about my son, Max, and how changing his eating changed our life.

Throughout his first year, Max struggled first with unending, painful acid reflux. He would scream and cry and be completely inconsolable. Once we introduced solid foods, Max immediately became constipated. None of the natural, homeopathic, or medical interventions we tried worked. He was miserable once again and my husband and I felt helpless. There is nothing, nothing worse than knowing your child is in pain and not being able to stop it. He was on three prescriptions before he turned one.

Through all of this, we never suspected his food or dairy or anything he was ingesting. We didn’t have many friends with kids, but we saw what they ate and we figured Max should just eat what every kid eats.

About a year or so after Max was born, Matt and I watched Food Inc. and really started to understand how important it is to know what you’re putting in your body. We were careful to make all dairy and meat organic and we tried to choose natural alternatives for junk food. Still, Max dealt with varied illnesses and a lot of them. Matt and I missed a lot of work those first two years. Max got sick monthly, if not more.

As Max got older, we started noticing mood swings and aggressive behavior. It was the kind of thing, up until he turned four, that we were able to pass off as typical for a toddler. However, as he got closer and closer to four, his tantrums got progressively worse and more violent. He spent hours screaming and banging on walls. He tore down his bedroom curtains. He threw things. He destroyed a toy box. He tore things up. He was also constantly chewing on his clothes — mostly his socks and his collar. He’d pick at things until they fell apart or had holes.

Matt and I both have a family history of neurological disorders — Autism on his side and Schizophrenia and Bipolar disorder on mine. Max was growing into a boy who showed a lot of the typical signs of a kid suffering from one of these disorders. We went to the doctor several times from the ages of 2-4; every time, we were told that we needed to have more consistent discipline.

I tried to rationalize his behavior. I tried to define it. I tried to excuse it. I never accepted it. Finally, the month Max turned four (February of this year) we switched his daycare. We believed (or made ourselves believe) that his issues were stemming from how unhappy he was at the in-home situation we’d had him in.

Max had three perfect weeks at his new daycare. Then the honeymoon was over. He threw tantrums. He cried hysterically for no reason. Worst of all, he’d become even more violent. He threw wooden blocks at his teachers. He hit the other kids. To my absolute horror, a pregnant teacher had to be removed from his class because they thought she would be in danger. In DANGER. From my four year old little boy.

To say I was devastated or depressed would be an understatement. We signed up for behavioral therapy. We tried every possible behavioral modification, reward chart, or punishment that we could think of. Nothing made a difference. Feeling helpless, I turned to the pediatrician one last time. It was February 28, 2012 when this doctor, a different doctor, told me about the Feingold Diet.

The Feingold Diet is a diet that removes all artificial flavors, colors, and preservatives from foods. On top of that, it limits and/or eliminates certain natural foods that are high in salicylates, a key component in aspirin.

When you are a parent who is out of options and tired of alternating between almost hating your own child and feeling desperate to help him, you will literally try anything, even if it’s ground rhinoceros horn or some kind of black magic. That wasn’t what got me to try Feingold (FG) though. What got me was reading the first chapter of Jane Hersey’s book, “Why Can’t My Child Behave?” that is published on the FG website. It was like reading a book about my life. Then I looked at the FG behavior checklist and watched in wonder as I checked off symptom after symptom.

When we started Feingold, we did so many things wrong at first. There is a very specific list of approved products on the Feingold diet. I didn’t think it was necessary to follow things word for word. Max didn’t get any better. Once we’d figured out that we needed to be more strict, it took maybe three or four more weeks to figure out that for four years, Max had an intolerance to dairy. Once we removed it, along with corn syrup and chocolate, we held our breath and waited.

The result is what many parents might consider a dream life. I have a little boy who went from throwing 2-3 violent tantrums a day to a boy whose last tantrum was…honestly, I don’t remember. He never gets sick. He is a good, healthy eater who has lots of whole grains and vegetables. He is compassionate and empathetic. He wakes up and goes to bed happy. He has lots of friends.

We’ve certainly had some setbacks. In June, Max had a candy necklace that sent him in an emotional, tantrum-filled tailspin. Sometimes if he has too many berries or cucumbers, he gets moody. A dairy slip makes him very sad and emotional, quick to cry about things. Over the last seven months, we’ve learned to read our son’s body and reactions like a book. We know by his behavior if something is bothering his stomach. Every day, he takes probiotics, Vitamin D drops, and a digestive enzyme. We are on the path of healing his gut, as it’s called in FG-speak.

I decided to write this post for a couple of reasons. The first is because people are really skeptical of the Feingold Diet. They think it’s a silly, earthy-crunchy alternative. Here’s what you need to realize — your child might not need the FG diet. Your child might not have the troubles my child did. Your child might be able to handle foods that contain dye or flavor that is made from petroleum (the same kind in gasoline.) That’s fine for you. Seriously. You are very lucky. My commitment to my family and this diet has nothing to do with anyone else’s eating. Feingold has changed our life for the better. For the best. We are indebted. The chemicals in processed food interact with my son’s body like drugs — they cause him to act in ways that are not driven by his brain, but by a drug induced state.

The other reason I’m posting this is because I know, I’m absolutely sure, that there are other parents who are sitting where I was in February, tears streaming down their cheeks, searching for some kind of miracle to save their child. FG was our miracle. It saved all of us and I am a true believer.

And I am the single most cynical, skeptical person on earth.

If you are dealing with a child who has tons of allergies, negative behaviors, a compromised immune system, skin rashes, sensory issues (Max had this too — its the chewing on the clothes thing), or dozens of other developmental concerns, the Feingold diet really is worth checking out. It’s not easy, trust me, but it is life changing. 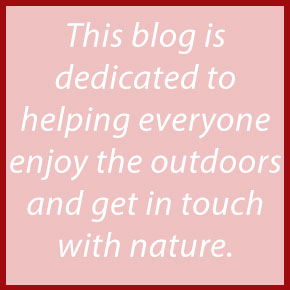 To contact me with any questions or inquiries, please email [email protected] 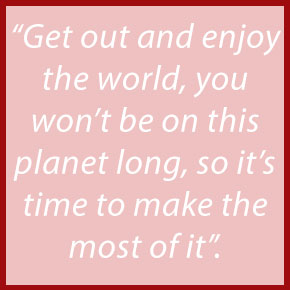 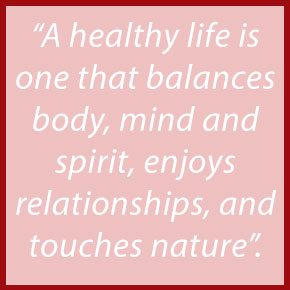